14 Hour Technicolor Dream is one of Ally Pally’s most legendary events and it was the brainchild of photographer and activist John “Hoppy” Hopkins who was on hand during the event to fight back against the frequent police raids.

The line-up featured the most influential names on the underground scene including The Move, The Crazy World of Arthur Brown and Soft Machine. Pink Floyd played as dawn broke through the Rose Window into the Great Hall.

Rumoured attendees include John Lennon encountering Yoko Ono for the first time while Andy Warhol remained outside in his Rolls Royce refusing to speak to the “mortals”.

Visit our Google Arts & Culture page to discover more stories and images from our archive. 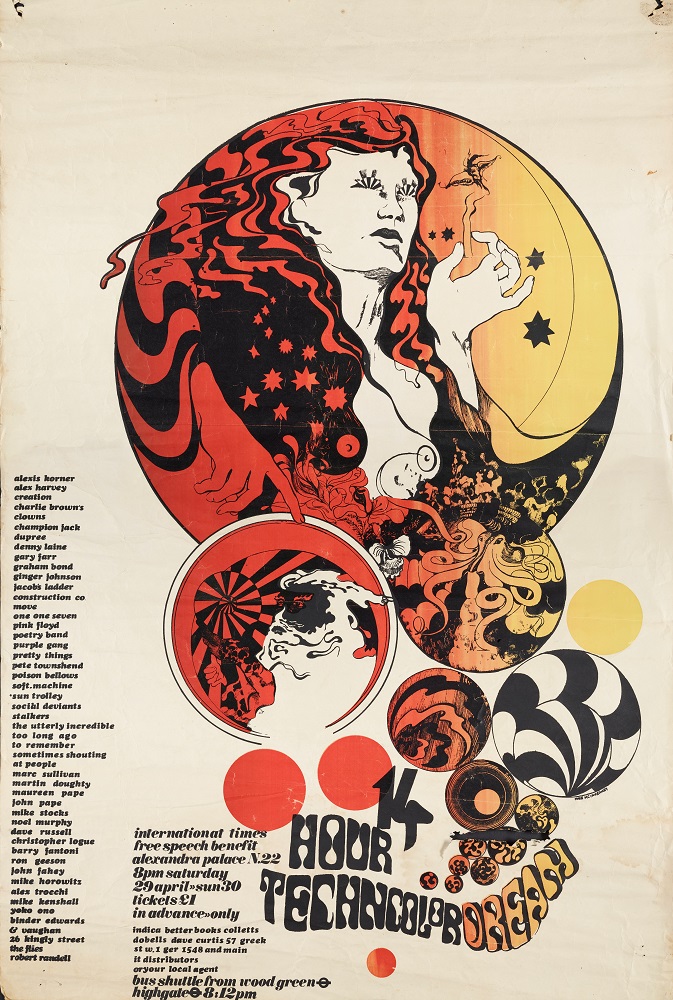